My wife dropped me off at O’hare for my flight to Raleigh-Durham. Upon arrival to the hotel, I met a couple of members of the NetApp United crew at the bar. (This will become the theme for the week,  as well as keeping tidy.*)

*We would later learn, that tidy is Welsh slang for a few things depending on context.

Donny, me and Alun at the hotel bar.

It’s all about Psychometrics:  “the science of measuring mental capacities and processes.”

On the first day, we learned the details of how to write a test and what makes a good question versus a bad question.  So what actually goes in to writing a technology based certification test? Short answer; a lot. The long answer, a question is made up of the “stem” (aka the question),  the answer(s), and the distractors. All parts need to be well thought out, including the distractors. For this we were not allowed to create faux distractors either. Everything has to be a valid answer in the realm of NetApp. And adding even more difficulty, the questions need to be written geared towards a Minimally Acceptable Candidate (MAC). The MAC for the NCDA is considered someone with 6-12 months of ONTAP administrator experience that requires some supervision.

Before we could write any new questions,  we needed to review the test blueprint. The blueprint is an outline of various parts of the certification test.  In this case, it was which parts of NetApp ONTAP did we want to include when testing the MAC. Some examples were things like general ONTAP and FAS design and functionality to basic SnapMirror functions and even some higher level functions like Metrocluster.

Once the blueprint and the number of questions was confirmed, it was time to start writing questions. I learned that writing questions specifically, writing good questions, is actually a lot harder than I originally thought.  Oddly enough, the hardest part was coming up with the distractors, .e.g. the wrong answers. You don’t want to make it too obvious or easy,  and generally speaking even the distractors should be valid. For example, if your answers are a series of commands, each command needs to be valid inside of ONTAP, or any technology that’s referenced needs to be valid tech that existed, or once existed inside of the NetApp universe.

Once all of the questions are written, then the real “fun” begins. It’s times like these that I think back to one of my very favorite quotes I learned back in my Rock Climbing and Alpine days.

“It doesn’t have to be fun for you to be having fun.”

From the NetApp Cafe

Switching to the subject of food for a minute (because it is never far from my mind), I was super impressed with the NetApp RTC Cafe.   Each day there was always something delicious (and healthy) to be had at the various stations.

Each evening required some good R&R.  Good food, drink, and company were a welcome respite from the brain drain.   I am happy to report, I finally found a BBQ joint (Backyard BBQ Pit) I truly enjoyed in the Raleigh-Durham area.   More importantly, lots of locally brewed beer was ONTAP at most of the local establishments we visited.

On Friday, it was (sadly) time to head home.   What a good week of making new friends from around the world, learning, and having fun while working! 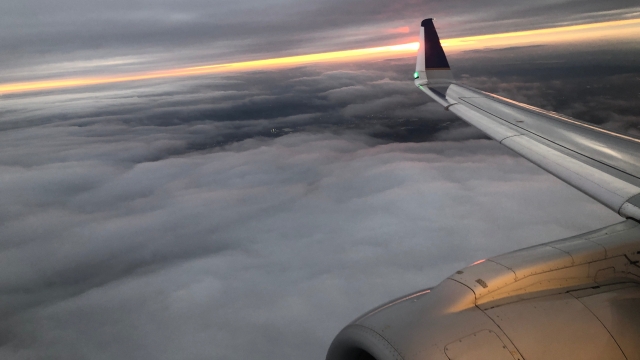 I love all things tech and beer.  And from time to time I dabble in Rock Climbing and playing my Nintendo Switch.

NetApp SME and member of the NetApp A-Team